I have finally found the time to watch Travellers (2016), a Netflix Orginal. Season 1 and 2 currently available on Netflix, so definitely one that can be added to your bingelist and worth watching if you like science fiction.

Altered Carbon (2018-) was the one I was waiting, as I have also read the books by Richard k. Morgan. Advances in filmmaking tech have now made it possible to translate to film the spectacular world created by Morgan in his 2002 science fiction novel, Altered Carbon. The series has been excellently cast, wonderfully scripted, beautifully shot and the CGI is neither explained nor distracting. In fact, if Bladerunner was ever serialized, they should use the team behind this production. Just stunning. Thankfully, Netflix made all of the season 1 episodes available to us binger-watchers. Trailer at the end of the post. 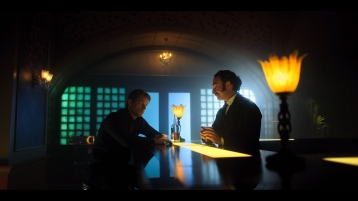 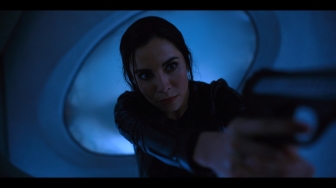 Crossfade is my blog about scriptwriting. A novice’s point of view, as I explore how scripts are written and if I could learn to write one.